The Recovery of Simplicity: Songwriter Adam Hammer on “The Love You Take” 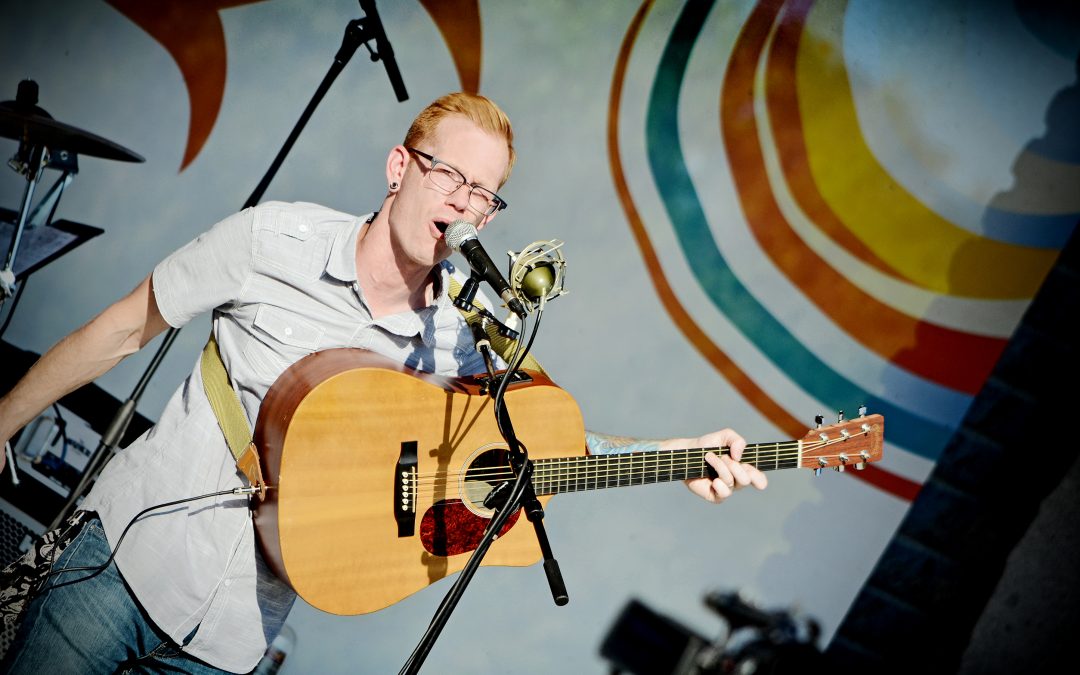 Take the air from my lungs
like you did the first time
when our eyes locked.
–Adam Hammer, The Love You Take

“The height of sophistication is simplicity,” Clare Luce Booth wrote in her 1931 novel, Stuffed Shirts. And the Abstract Impressionist painter Hans Hoffmann said “the ability to simplify means to eliminate the unnecessary so that the necessary may speak.” Type the word “minimalism” into your browser and you’ll find dozens of articles on the trend toward simplicity. But how do we decide what is necessary?

For Adam Hammer, songwriting is necessary. He simply cannot not do it. Although his recently released single “The Love You Take” is finding significant airplay on Minnesota’s public and independent radio stations, and that’s exhilarating, of course, success or popularity is not what drives him to write. “It’s just something I can’t seem to put down,” he said. At forty-two, he’s been writing for close to thirty years. He tried unsuccessfully to stop writing songs once.

“My daughter was two years old, and I had a son just born when I graduated college, and moved to Albert Lea and took a job at the Albert Lea Tribune. I tried to put music down and focus on career and family, and then musicians would come to town. And I’d cover them for the newspaper. I’d go backstage at these concerts and I’d still have to live in [the music performance world]. Without playing in it. It drove me nuts. It drove me insane to not be a musician. You are what you are, and I couldn’t be okay with not writing.”

Music, he said, has always just been part of his DNA for as long as he can remember. He grew up 30 miles east of Fergus Falls in the tiny town of Henning, Minnesota, in a musical family. “As far back as I can remember it was how family gatherings went—we’d get together, whether it was Christmas, or for a Sunday afternoon gathering, and every evening ended in singing songs. It’s just what we did. I remember my best friend in kindergarten, I went over to his placefor a weekend, and it started getting dark outside and I said, ‘So when do we start singing?’ And they all looked at me like I was crazy. But I just thought that’s what families did. Sing. It’s dark. It’s time to bust out the guitars and start singing some tunes.”

He began writing his own songs around fourteen years old. “Back then it was a lot of teenage angst,” he said. “Punk rock, just noisy stuff. Mostly nonsensical but to me it made sense in some way. It’s funny, I’ll go back to my home town and they’ll ask, ‘Can you play Yellow Lines?’ And I’m like, ‘Oh my God! Un, no, but, uh, thanks.’

“For one, I don’t remember it, and for two, my memory of it now is, that was a pretty … obviously written by a fifteen year old and I’m now forty-two. So, thanks, but no.”

He has written primarily for himself, he says, a kind of therapy, a way to connect to and express his story. A longtime fear has been that he will write a song everybody else loves, but he hates to play. “Then I’m going to have to walk on stage every night and I’m gonna be required to play this song, this pop hit that’s just bubble gum as all get-out, and I really have no interest in. Even if it makes me a million dollars, I’d have to live with that every night—singing a song I hate to play. So I don’t write songs I don’t like.”

Music is his love. Although well known in the central Minnesota music scene, he’s not in this for fame or money. “This is purely for my personal well being and my therapy, and I’m just driven to do it,” he said, “to do something creative.”

His career—nearly twenty years in journalism, media, and public relations—has been rewarding for the creative writing opportunities it has offered, “but that was never going to be a replacement for songwriting or poetry,” he said.

I asked what poetry and songwriting does that no other kind of writing or creative work can replace.

“For me, it’s always something about that special turn of phrase, or that way of putting regular words into a different context that give you a shiver. It sets that mood. It’s about the shiver.”

But, although he doesn’t say it directly, he’s no longer writing entirely for himself. He’s now giving more thought to the listener’s experience. Sure, it’s still about his story, his own experiences and values. But he also is concerned that he communicate his story in a way that takes into account what it’s like to be on the receiving end of a song.

His recent single, The Love You Take, is part of a bigger project he’s been working on called Simple Songs. “I tend to overcomplicate everything,” he said. “Music. Life. I pack so many chords into a song and I just put way more into things than probably need to be in there. The idea of simple songs is that it takes me back to that core of what I grew up on. Hank Williams’ tunes. The Animals. 3 or 4 chord songs. They were simple in structure, but the impact those songs have had is incredible.”

The recording of the single, “The Love You Take” is an example of what happens when people musicians come together around a simple song. When Hammer originally wrote the song, he envisioned a stripped down performance with guitar, bass, and maybe an organ. A simple studio recording. But then he got the opportunity to play it for Granite City Radio Theater at Pioneer Place and they had a house band, Collective Unconscious.

“We don’t have to play the songs live the way I recorded them in the studio,” he told me. “That’s the idea of a live performance. It’s supposed to live and breathe in that environment. It’s special for everyone who came that day.”

In addition to the bass player Jeff Engholm and keyboardist Greg Jorgenson, Adam explained, Muggsy Lauer was “on electric guitar making these kind of ethereal background sounds. When we ran sound check, Duff Eisenschenk, the drummer said, ‘I’ll just sit this one out then,’ because I sent him the demo recording. And I said, ‘No, let’s put drums on it. Why not?’ And then we ran through it once in sound check, and Jeff, the bassist, told Duff on drums, ‘when it gets to the end, to that big build, switch from the brushes over to the sticks and really build it up. Make it big.’”

“We captured lightning in a bottle. We all got that shiver. We all felt that shiver. And we put it out there, the way we recorded it that night.”

Putting it out there the way it was that night is reflective of Adam Hammer’s philosophy of making music and living life.

“You are what you are,” he tells me. He’s talking about authenticity. And the shiver he’s talking about? I think it is the electrical response that surges through us when we experience authentic connection. For Adam Hammer, the pursuit of the shiver seems to be about the recovery of simple connections, the kind of connectivity we find in the embrace of family, when we’re all together, all making the same music.

And it’s still about—or perhaps it’s become even more about—connection: singer to audience; the song to your heart; your heart to an unforgettable experience common to all humans, of pure, raw emotion.

So listen to the single Take My Heart to find out whether you feel the shiver. I sure do.

Read more about and listen to more of Adam Hammer’s musical story of “fatherhood, homelessness, love, addiction, recovery, pain, comfort and unity told in front of a backdrop of his own unique style of ‘tattooed folk’ music.” Experience “The musical melting pot that makes up Hammer’s influences, and why his sound is so unique.”

And you can buy “The Love You Take” on iTunes.