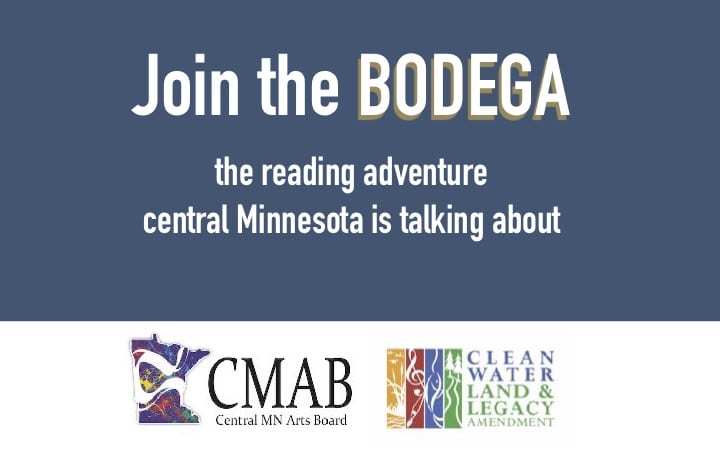 What would make Minnesota nicer?

What would make Minnesota authentically nice? How might we create meaningful connections between diverse people? What can we do to strengthen our communities?

Life seems harder these days, confusing, uncertain, scary. People are looking for some joy and goodness. Many of the people I’ve been talking to are fervently hoping that the notion of “liberty and justice for all” might still be possible.

The concept of democracy is appealing and popular because, as a leading human rights organization, COE, says, “Of course we feel it is fair that we should have as much chance as anyone else to decide on common rules!”

I used to assume that in Minnesota, we all believe in democracy, we all stand on the side of human rights. But, as John W. Dean explained in detail in 2006, a surprising number of American citizens would like to strip human and civil rights from certain “others” who look different, talk different, or have different views on what being human is all about.

Do you believe in government “of the people, by the people, for the people?” Or do you think we should give a small segment of society the power to make our laws and regulate our behavior, controlling citizens through intimidation and violence? Do you favor authoritarianism and oligarchy, or are you on the side of democracy and consensus?

Democracy works when all people are “the people.” So it makes sense, if we want to talk about what would make Minnesota nicer, to consider who Minnesotans are.

Me? I was born in the early 1960’s in Faribault, in southeast Minnesota. I grew up believing all eight of my great-great grandparents, who were first-generation immigrants to Minnesota in the late 19th century, were German-Lutheran-farmers. But years of genealogical probing eventually uncovered the truth that my maternal grandfather’s grandparents had been Catholic Germans from Odessa, Russia (now Ukraine), and my maternal grandmother’s grandparents were most likely Polish Jews, who thought that by passing their Yiddish talk off as German, by joining a Christian church, and by not telling their children who they really were, they could protect their descendants from the horrors of anti-Semitism.

It took me a long time and a lot of questioning to understand the hypocrisy of standing with my hand over my heart, pledging allegiance to the flag which represents “liberty and justice for all,” while categorizing only some of the people who share this little section of earth with me as “we/us,” and all the rest as “they/them.”

Consider this (from a COE manual for human rights education):

“Democratic systems can nearly always be made more inclusive, more reflective of more people’s wishes, and more responsive to their influence. In other words, there is room to improve the “people” part of democracy, by including more people in decision making; there is also room to improve the “power” or “will” part of democracy, by giving the people more real power.”

Because understanding our shared humanity is essential to the work of building a stronger democracy, we at Lyricality are hosting a program to help Minnesotans get to know each other as neighbors. Let’s talk about who we are and where we stand—geographically, historically, and socially—as interconnected members of Minnesota society.

To put democracy into practice and add goodness to your life…

Some of you already know, but others of you may not, that a surprisingly pleasant and rewarding—a nice—way to “form a more perfect union,” to put democracy into practice with our neighbors, is to discuss good books. People who write essays, novels, memoirs, and/or poetry help us understand what it feels like to live in their time and space. If you’re looking to add some goodness to your life, John Coleman for Harvard Business Review writes that people ought to participate in book groups because, “These groups can help you become a better reader, commit to reading, grow relationships, learn from diverse perspectives, and become a better conversationalist. They can be good for the mind, good for leadership, and good for business.”

In other words, reading and discussing good books will profit us and enrich our personal and collective lives. But there’s also evidence that reading and discussing books makes us better people—less inclined to judge and condemn others, more compassionate and helpful. Literature, by its very nature, questions the arrogant (supremacist) assumption that there could ever be one particular, normal, superior right way to be human.

In a recent article for New York Times Magazine, Giles Harvey wrote that according to fiction writer and literary critic Cynthia Ozick, “literature is different from all other human activities, and its singularity consists in its recognizing and honoring human difference.” Its purpose, she has said, is ‘to light up the least grain of being, to show how it is concretely individual, particularized from any other.’ ”

Czeslaw Milosz (pronounced CHEZ-lav ME-losh) was a Noble Prize winning poet who lived through two world wars, under “the two great totalitarian systems of modern history, national socialism and communism” (Poetry Foundation). He defected from Poland in 1951, took a teaching position at the University of California, Berkeley in 1960, and became a United States citizen in 1970.

In the introduction to A Book of Luminous Things: An International Anthology of Poetry, arguing for the importance of poetry and its power to enlighten and enliven the human imagination, he wrote, “Since poetry deals with the singular, not the general, it cannot—if it is good poetry—look at the things of this earth other than as colorful, variegated, and exciting, and so, it cannot reduce life, with all its pain, horror, suffering, and ecstasy, to a unified tonality of boredom, or complaint. By necessity poetry is therefore on the side of being and against nothingness.”

Poetry, in other words, opens our hearts and minds to the truth. Poetry shows us that all our generalizations and theories—especially those based on race, class, gender, sexual preference, political affiliation, religion or non-affiliation, citizenship or statelessness—are untrue. Poetry stands against the symbolization and classification that lead to dehumanization, persecution, and extermination—the process that annihilates the specific, intrinsic, and essential right of every individual to be nurtured and to thrive. Poetry affirms, celebrates, and validates human dignity—yours, mine, ours, and theirs.

This is why in 2019, Lyricality created the “Read Poetry” program, to connect Minnesotans to one of our great resources on the side of being—our wealth of living poets. This year (2020) we invite book groups and individual readers to, in September and October, read and discuss Bodega by one of Minnesota’s award-winning, contemporary poets, Su Hwang.

In her essay, “The United States of Han,” Su writes, “Bodega is a Spanish word that has several meanings, but its primary definition is ‘warehouse or cellar.’ In NYC, the word has come to describe a world within a world: a corner mini-mart that serves the community within a several-block radius. Like all good things, however, bodegas are now an endangered species….BODEGA uses the metaphor of this urban, communal space to interrogate issues of race, identity, im/migration, and marginalization within marginalized communities from the lens of a coming-of-age story.”

Set in New York and California, with excursions to Korea in the days of the author’s parents and ancestors, this collection “moves through individual and collective memory as one might move through an actual bodega: fingers running across detergent and snacks in bright packages, delivering greetings to someone from the neighborhood, trying to remember what you came to get in the first place, recalling a memory sparked by the sudden whiff of a familiar smell,” Leah Silvieus writes in her review of Bodega.

As in a bodega, the pieces of story are packaged in a wide variety of forms, small and large, traditional and experimental. Enter, browse, and sample. Ask how your own story might relate to this poet’s. Explore Bodega and enjoy the adventure.

A Lyricality supporter, an immigrant who recently moved to Minnesota, believes reading and discussing Bodega could help “those who have always lived here … open to those who are coming from somewhere else.” She hopes conversations “where art and poetry and storytelling are vital to this process,” might help us “share from deep bonds and re-imagine what nice is.”

We envision a Minnesota where everyone—Indigenous peoples, life-long residents from diverse immigrant and slave ancestries, those who arrived here through international adoption, recent transplants, immigrants, and refugees—will come together to respectfully listen to each other’s stories, “in Order to form a more perfect Union, establish justice, insure domestic Tranquility, provide for the common defense, promote the general Welfare, and secure the Blessings of Liberty to ourselves and our Posterity,” as the Preamble to our Constitution urges us to do.

Bodega by Su Hwang is available for individuals and in book groups to check out through Great River Regional Library, who will co-sponsor readers’ discussions of Bodega on Wednesday, October 14, 1:30 and 7:00 pm, and will co-host an online poetry reading —A Night With Su Hwang—October 28, 7:00 pm. To access resources for exploring Bodega, including a video appealing to middle and high school students as well as adults, of Su Hwang reading and discussing her poem “Hopscotch,” go to Lyricality.org/read-poetry .