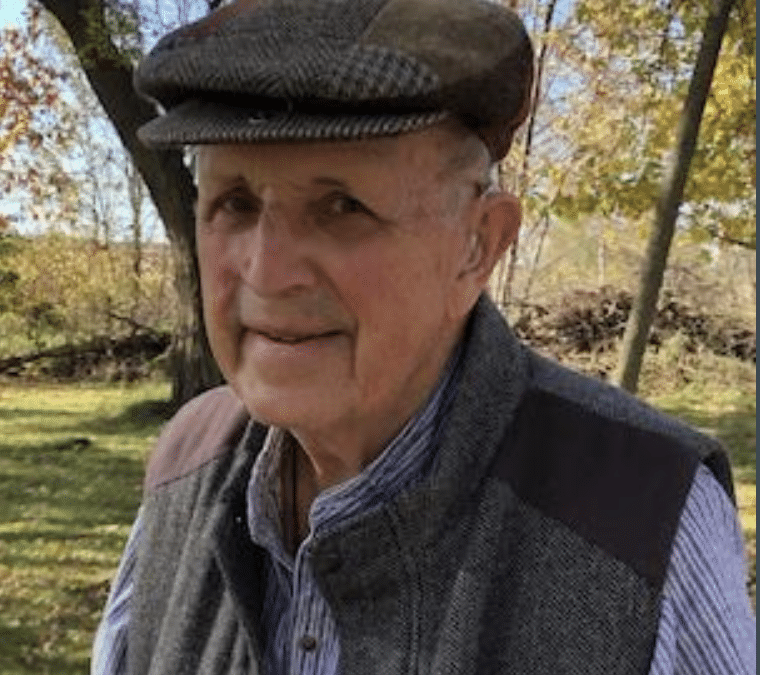 A cafe atmosphere will provide seating at tables. Minnesota Street Market will offer an assortment of fresh fruit, vegetables and dips, cheese, crackers, and beverages. Mama Linn will be invited to sell her hand made sambusas, a Somali snack made of beef, vegetables and seasoning, wrapped in a light breading and deep fried. Attendees will find something familiar and welcoming, as well as something a little bit adventurous, to prompt curiosity and openness.

The evenings scripted program will bring 2 local poets who knew Charles—Tracy Rittmueller and Larry Schug—into conversation with his poetry along with 4 poets who “know” Charles Wm. Preble only through the legacy of his poetry. Nationally known poet, Mary Moore Easter who lives in the Twin Cities, will read and sing the story of a Mississippi slave woman freed in Minnesota in 1860, in dialogue with some of Charles’ poems. Hedy Tripp is a Southeast Asian poet who studied biology, who will reflect on 2 of Charles’ poems about birds, “The Ruffed Grouse” and “A Thing With Feathers.” Abdi Mahad and Anisa Hagi-Mohamed are first generation Somali-Americans who will engage with Charles’ relatively well-known poem “Mercy,” which will also be read in Somali. A translator will join the program to facilitate understanding and intercultural dialogue.

The title for the evening, “Already Here,” comes from Charle’s poem “The Lake Is Its Own Way,” which, on the surface, tells the story of an elderly man whose lakeside cabin built on eroding earth, which is causing it to tip. The words “Already Here,” speak the truth of our reality, that we are already here in this critical place, in this crucial time. There’s nothing we can do to change the mistakes we and our ancestors made. We cannot undo the wrongdoing that led to misunderstanding and violence and pain. And the time is “already here” for us to pick up our “axe and spade [to] begin the slow work to move the mountain” of disconnection and misunderstanding—to heal ourselves, our societies, and our planet because we all are “already here” together, brought by chance, choice, and chronology to do this work together.

The 75-minute performance will be followed by an opportunity for attendees to engage in dialogue with their neighbors over snacks and beverages, with performing poets each engaging small groups to gently prompt dialogue.

Charlie was born in Santa Ana, California in 1936. He grew up in southern California, graduated from the University of California, Riverside followed by graduate school in Berkeley.

A poet, Charlie also was a priest in the Episcopal Church who served in Grinnell, Iowa, New York City, Salt Lake City and Reno, NV. Upon moving to Minnesota he served parishes in St. Cloud and Little Falls, MN. He was also instrumental in the early years of the development of the Episcopal House of Prayer at St. John’s, Collegeville, MN and was a beloved member of the St. Joseph community for many years.

Following his retirement from active ministry, Charlie pursued a new career as a fine woodworker. His award winning furniture designs grace many homes and other venues. One of his pieces was chosen by the Minnesota Historical Society as part of their permanent collection. He also crafted an altar and the meditation chairs for the Episcopal House of Prayer. He began writing poetry when he was in his 70’s and wrote prolifically up to the time of his death. He published three of books of poetry, The Ruffed Grouse (2012), Portals (2017), and Simple Attendance (2019).

Charles William Preble passed into his new life on January 27, 2021 after a short illness.

Mary Moore Easter is a Pushcart Nominated, widely published and nationally revered literary poet, as well as 2020 recipient of an Artist Initiative Grant from the Minnesota State Arts Board. She is the editor of Can’t Stop Won’t Stop: Poems in the Wake of Racial Injustice (Rain Taxi, 2020) and the author of four poetry books: Free Papers: poems inspired by the testimony of Eliza Winston, a Mississippi slave freed in Minnesota in 1860 (Finishing Line Press, February 2021); The Body of the World (Minnesota Book Award in Poetry Finalist, 2019), Walking from Origins (2017), and From the Flutes of Our Bones (2020). Her honors include a Bush Artist Fellowship, multiple McKnights, The Loft Creative Non-Fiction Award, and Ragdale and Anderson Center residencies. Originally from Petersburg, Virginia, she pursued a long dance career in Minnesota as an independent dancer/choreographer and Founder and Director of Carleton College’s dance program.

Anisa Hagi-Mohamed is a linguist, poet/writer, artist and teacher. Born in Somalia, her family lived in refugee camps in Kenya, before being resettled to Memphis TN. She spent most of her school years in Fresno and San Diego CA before coming to central Minnesota with her family two years ago. As author of My Diasporic Diary, a reflective journal, she is known on the trendy audio app Clubhouse as “The Somali Oprah” for facilitating lively discussions using prompts from her book. She has an M.S. in Applied Linguistics, and is a 2021 of recipient of a Waterers gift ($11,000) to BIPOC culture bearers (creatives who are also community leaders). Waterers are grassroots Assemblies who distribute wealth to strengthen local creative place-tending in the regions commonly known as Minnesota and the Dakotas. Anisa used her award to create and produce Kalsooni Cards, the first bilingual (Somali-English) affirmation cards, incorporating themes of language, culture, identity and home.

Abdi Mahad was a guest poet in Lyricality’s online “Evening With Louise K. Waakaa’igan. His poems and conversations have been published on THE LYRICALITY WAY. He has a master’s degree in Teaching English as Second Language (TESL) from Saint Cloud University and Bachelor degree in Business Management.

Children’s author and playwright Dr Wendy Muhlhauser (aka Sissy Mary Sue) will host young people in grades K-5 who want to playfully explore kindness and empathy. Her circle will meet outdoors at Art in Motion on the Wobegon Trail in Holdingford after the Larry Schug is retired after a life of many kinds of manual labor. Though he has had to take a hiatus due to the pandemic of 2020, he is a volunteer writing tutor at the College of St. Benedict/St. John’s University writing centers. He has published eight books of poems and is working on a ninth. His latest book is “A Blanket of Raven Feathers” with North Star Press. He lives with his wife, dog and two cats near a large tamarack bog, which is forever preserved with a conservation easement, in St. Wendel Township, north of St. Joseph.

Tracy Rittmueller is a Pushcart Nominated poet/writer and founding director of Lyricality. Her essay “Therefore Let There Be Silence,” excerpted from her forthcoming memoir in essays, Duties Of The Spirit: Personhood In A Marriage Transformed By Dementia, was a 2020 first place winner of the American Benedictine Academy monastic essay contest. In 2014, she worked with staff and volunteers at West Bay Residential Services in Rhode Island to create “Collaborative Communal Poetry,” a method that helps instructors and group facilitators use poetry as a community-building tool with adults who have cognitive impairment and/or limited language proficiency. She has lived with her husband in Sauk Rapids since 2016.

Hedy Tripp is a Saint Cloud elder with the Minnesota Coalition of Asian American Leaders (CAAL), and retired professor/lecturer who writes poetry and memoir. She is a recipient of multiple CMAB grants for artists, and for the past year, has been active in a vibrant, national online Black-Indigenous- People-Of-Color (BIPOC) writing community, meeting weekly. She has been a leader in antiracist work in St. Cloud for 30 years, was Create CommUNITY’s Coordinator 2005-2009 and, coordinated the first-ever Conversation on Race together with the Central MN Community Foundation, 2006. Even before Create CommUNITY and its precursor, the Racial Harmony Initiative, Hedy was deeply involved in the community, especially with students of color. Her dedication garnered the 1997 City of St. Cloud High Five Award for Cultural Diversity and Race Relations. In 1998 she produced “Racism No Way, Let’s Celebrate Today” at the Paramount Theater, a public performance by the Multicultural Children’s Art Connection.